Thanks to all who attended our previous Historic House and Building Tours
and everyone who volunteered to make these annual tours a success.
We look forward to your participation again in future years.

How Our Annual Historic House & Building Tours Generally Work:  Purchase a ticket with a map of the tour site locations at a local business (to be announced).  Start the tour at any of the site locations shown on the map and proceed in any sequence.  Docents at each site will tell you about the historic homes and buildings.
2022 Tour Highlights:
2021 Tour Highlights:

2018 Tour Highlights: Plus the Historic Oliver Home (not shown below). 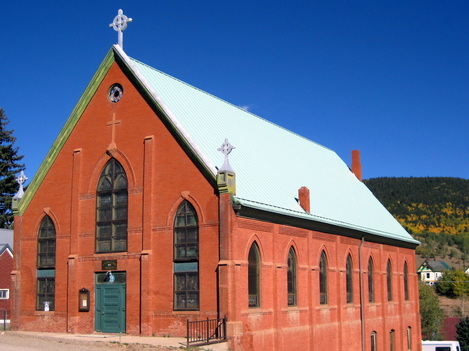 St Victor's Catholic Church--Shuttered in recent years, once again open for religious and cultural activities under the direction of "Friends of St Victor's". Click photo to enlarge.
St Victor's Catholic Church was built in 1902.  Some of the most significant exterior architectural features of this red brick Gothic style structure include:
A bell tower was not included in the design of this church because, according to Father Edward Downey, "in a mining camp where men work three shifts a day, our miners are entitled to all the sleep they can get undisturbed by the ringing of church bells".  Father Downey came to the Gold Camp in 1894 to establish a Catholic Church, served as pastor of St. Victor’s for 21 years until 1915, and died in 1918 (the year when the main altar for the church was completed).  That altar remains an object of beauty and admiration to all who visit the Church.

After many years of alternating the celebration of Mass between Victor in the winter months and Cripple Creek in the summer months, services at St Victor’s were suspended and the church building was shuttered for several years.  In 2016, a new nonprofit organization called Friends of St Victor’s was established and granted custody of the building by the Chancery of the Diocese of Colorado Springs.  Friends of St Victor’s will be responsible for preserving and maintaining the church building, as well as directing its use for religious and other activities.  Proceeds of the our 18th Annual Historic Building Tour generated over $1,500 to support the Friends of St Victor's--including a donation of $300 from the Victor Heritage Society.

Gold Coin Club & Remnants of the Gold Coin Mine: 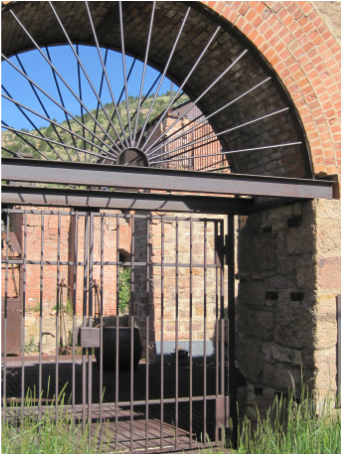 Remnants of the Gold Coin Mine
When workers for the Woods Family, founders of Victor, were excavating a foundation for the original Victor Hotel in 1894, a rich vein of gold ore was discovered.

After following this vein of ore about a block up the hill, the Woods family located a shafthouse and headframe for their Gold Coin Mine and soon became millionaires.

Since the mine was in the heart of the City of Victor, more space was required to extract and process the gold bearing ore and dispose of waste rock.  To meet these needs, they drove the 4,000 foot Columbine Tunnel through Squaw Mountain with a portal in Arequa Gulch where they constructed the Economic Mill to process the ore. 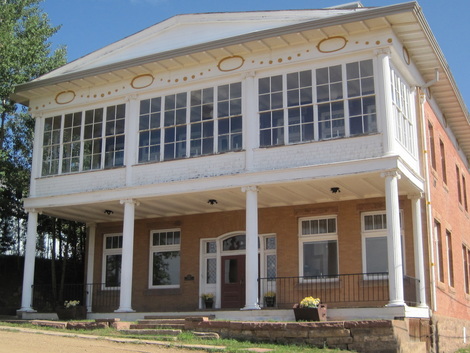 Gold Coin Club
The Gold Coin Club is a rare example of a social club built exclusively for the miners by the mine owners.  It was patterned after the New York Athletic Club and contained a ballroom, gymnasium, bowling alley, pool and game room, a 700-volume library, dining rooms and space for a 25-piece band which played at most Victor community events.

The tour of the Gold Coin Club also featured a display of artwork created by Cherry Hunter and George Foott.  The collection was donated by Jim & Joyce Vandever.  Artwork from this collection was included on the 2016 Victor Heritage Calendar.
Also included on the tour--Olympia Hotel & Two Gold Rush Era Homes:
Click on photos below to enlarge. 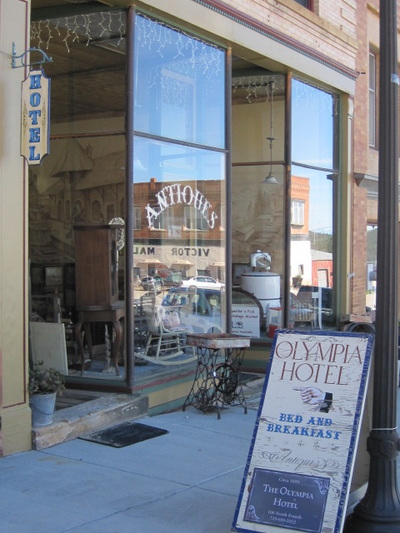 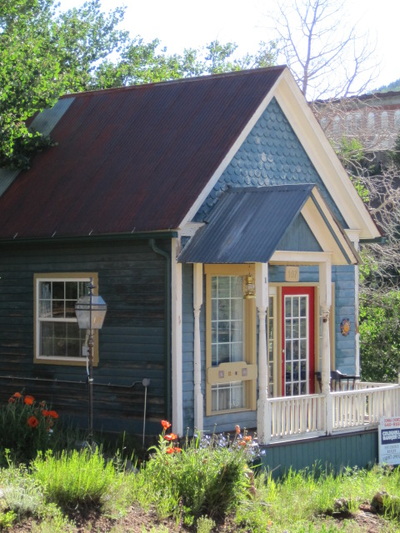 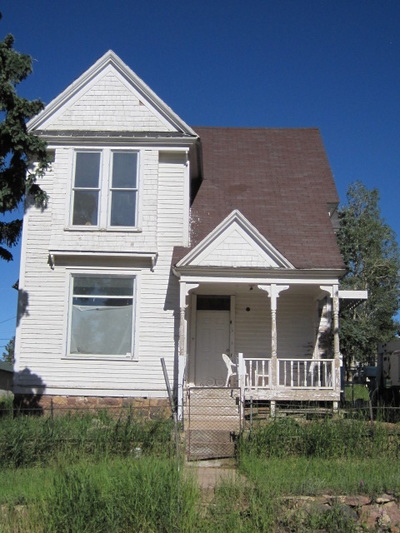