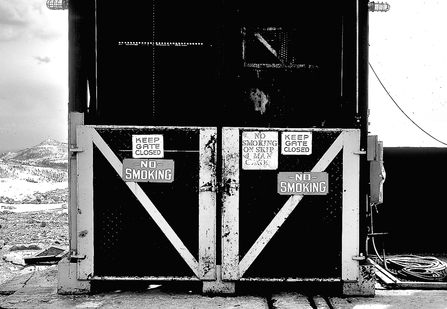 I graduated from Cripple Creek High School on May 15, 1951.  I went to work for the Golden Cycle Mining Company and started at the Cresson Mine running the top car.  When the skip came to the surface it would dump the rock into the top car and I would take the ore to the ore house or waste to the dump.
I couldn’t go underground until I was 18, and on May 24th I turned 18.  I asked the mine superintendent, Charlie Carlton, if I could go underground.  He said he would think about it.  A few days later he said he had talked to my parents and it was okay.  This was to be my first experience as a miner underground.
I had to buy a hard hat before I could go underground.  I also needed work clothes before my first day.  With my parents help, I bought coveralls with buckles over the shoulders and lots of pockets, work boots with steel toes and heavy shirts.  I needed a metal lunch bucket; sacks would not work because of the moisture in the mine.
I had some apprehension the first time getting into the skip to go underground.  Three men got in the skip, another three in the next row and two in the last row.  That left one space open.  If they had put someone in that space, we wouldn’t have been able to get out.  We had our hard hats on, a wide belt around our waist that held the battery for the light on our helmets and the hoist lowered the skip underground.  Later on when I worked at the Ajax mine, we wore yellow slickers because the water would splash on us going down the shaft.  Down to the 30th level—3,111 feet straight down.  The Ajax mine tunnels were under Victor, Colorado.  I told my wife Rita that I was working under the Flanagan house, but 3,000 feet below. 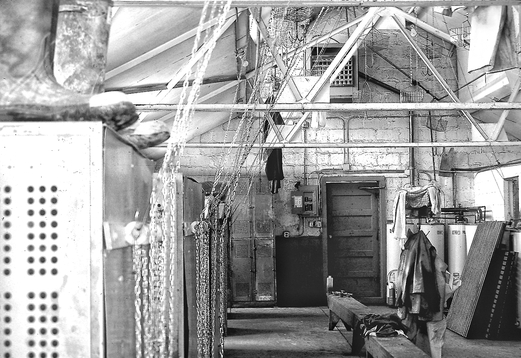 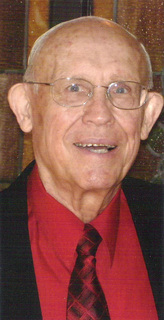 After working underground at the Cression & Ajax Mines, Myron House became Advertising Director for the Sterling Journal-Advocate Newspaper.
​ABOUT THE AUTHOR:
The Memories of Myron House's Experiences Working Underground as a young man at the Cresson and Ajax Mines were enhanced with photos by Charles (Chuck) Clark and submitted in tandem with Chuck’s vignette about “A Day in the Life of a Miner” in May 2016.

Myron House graduated from Cripple Creek High School in 1951.  After completing his studies in 1958 at the University of Colorado (which were interrupted by two years of service in the Army), Myron accepted a job in advertising with the Journal-Advocate Newspaper in Sterling, Colorado where he eventually retired in 1997 and lives today.